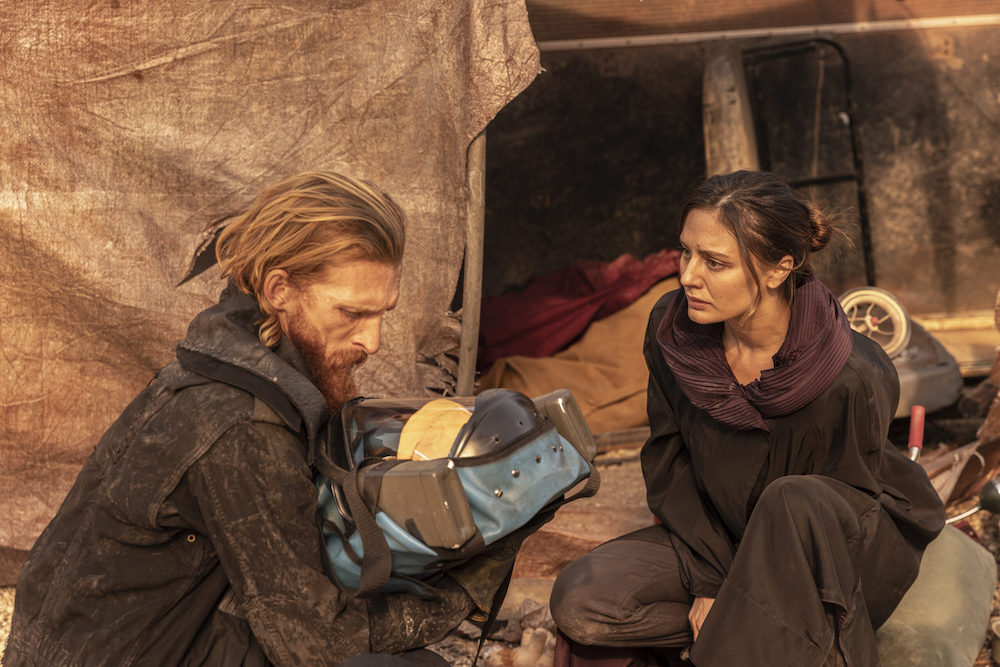 Talking Through The Raft!

Lol, so it looks like the cat is out of the bag, so to speak. Not only was this a Dwight and Sherry focused episode on a mission to save baby Mo from the terrors of Strand’s Rangers but we find out that Sherry is pregnant. So many babies, so little time. Morgan and Alicia lead the horde to the bunker and decide on the war to come, which ends with Morgan choosing baby Mo and skipping town on a raft to leave Alicia to deal with Strand. I’m sure we will see him again because this wouldn’t make any sense to leave Alicia so alone in this fight. We did meet a new person that LT and Glynis, with some excellent sleuthing, revealed to be Maya Vazquez, the wife of Senator Vazquez, but she didn’t stay long, so we can only assume she will play a part in the episodes to come and with PADRE. Still no Madison, but we expect that to happen now with three episodes left.

So, Enjoy as LT and Brian (Kyle was not able to join them this week) discuss Fear the Walking Dead, Season 7, Episode 13, titled The Raft.

Ratings were down just a little bit for The Raft.

That’s it for The Raft. For our next episode, we will be covering Season 7, Episode 14, titled Divine Providence. One of the best ways to submit feedback is on our Facebook group at https://facebook.com/groups/WalkingDeadTTM/. You can also send us an email to walkingdead@talkthroughmedia.com or call our voicemail at 216-232-6146. The deadline for feedback will be 7 PM Eastern / 6 PM Central the Tuesday after the episode airs.