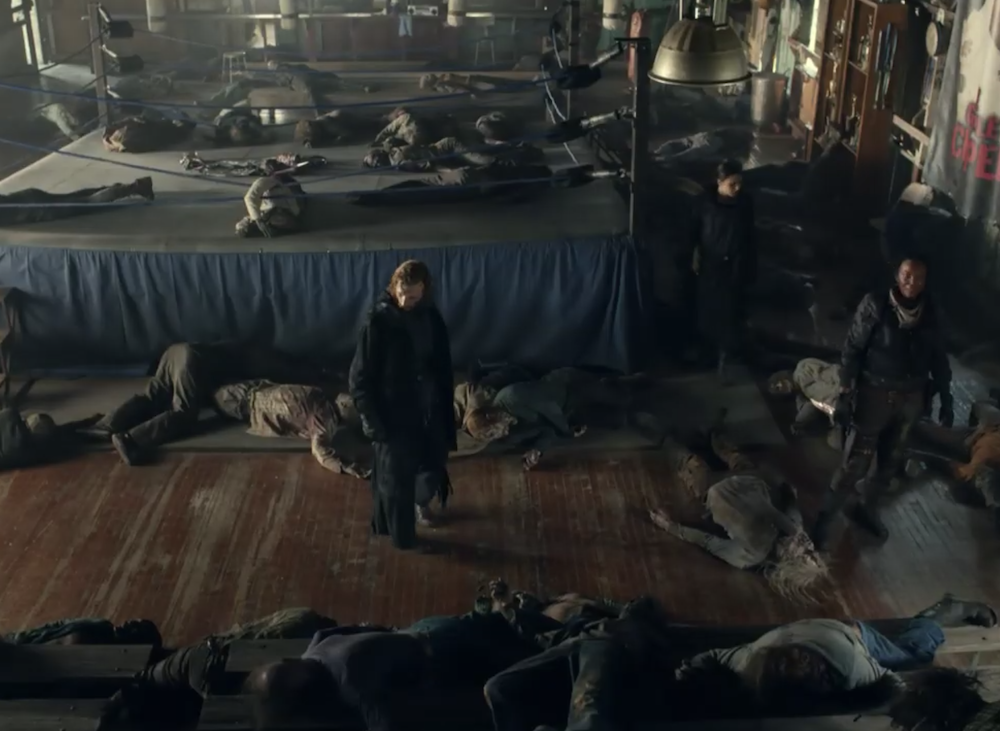 Fear the Walking Dead Talk Through
FTWDTT 088 - Till Death (S7E5)

Talking Through Till Death

Let’s Get Ready to RRRumBlllleeeee!

This was a more humorous episode that brought us a new character Mickey ‘The Bride’ who escaped from the cage of Strand only to be found by the Dark Horses, aka Dwight and Sherry. That was the basis of this episode but there were some unsettling developments on where Strand is with his dictatorial new style in rebuilding his civilization. Some of us didn’t like seeing the Negan-like connection but it’s interesting to see this kind of development coming out of Strand. He’s not what we would think of as a cold-blooded killer but it seems that day has changed.

This is where we meet Mickey. And escapest from The Tower that Strand dangles in front of Dwight and Sherry as a means of entry into his humble abode. This leads to some fun comedic scenes but also some sad outcomes but in the end, we find out, from all the people that the due meet, that Padre seems to be on everyone’s mind. That is where we are left by the end of this episode and we hope that means closer to seeing Alicia and her whereabouts.

So enjoy as we discuss the rumble and tumble of Season 7 Episode 5 of Fear The Walking Dead, Till Death.

Ratings were up for Fear and a little down for World Beyond.

That’s it for Till Death. For our next episode, we’ll be covering Fear the Walking Dead S7E6 titled Reclamation and The Walking Dead World Beyond S2E8, titled Returning Point. We’d love it if you sent in your feedback. One of the best ways to submit feedback is on our Facebook group at https://facebook.com/groups/WalkingDeadTTM/. You can also send us an email to walkingdead@talkthroughmedia.com or call our new voicemail at 216-232-6146. The deadline for feedback will be 7 PM Eastern / 6 PM Central the Tuesday after the episode airs.