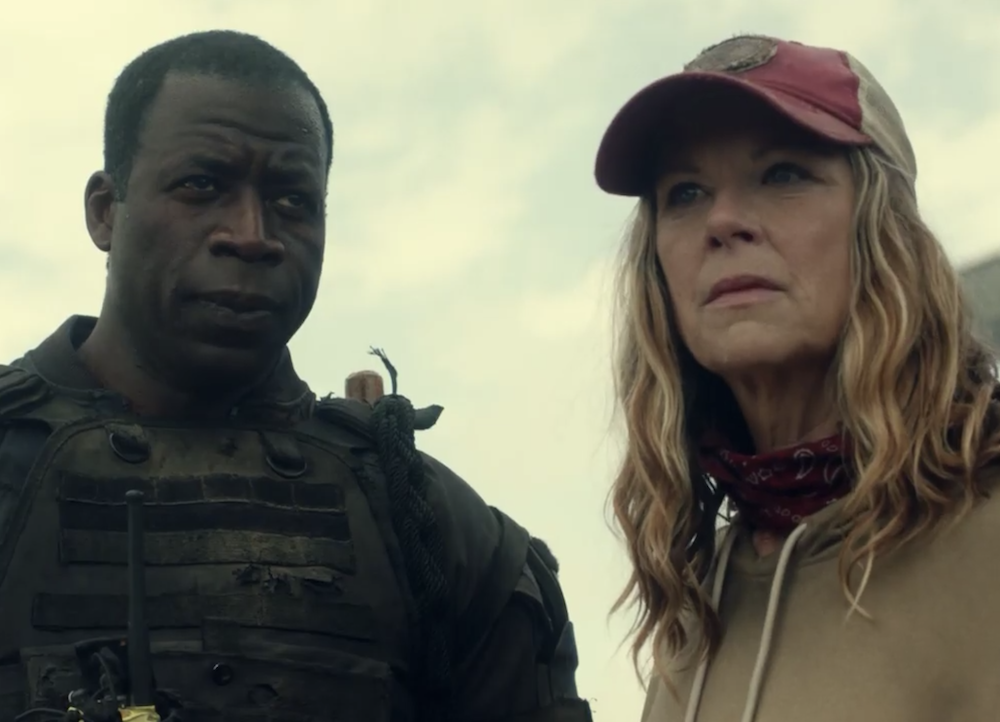 Talking Through Breathe with Me

Sarah wakes up and goes looking for her twin

This was an okay episode in that we got some more character development out of Sarah and possible addition to the show with the bounty hunter’s twin brother, but that was about it. There was just so much going on with us seeing that the helicopter possie was okay but the show only gave us like a ‘blink and you miss it’ reunion. Victor is still out there playing the commander of the Strandians and it looks like he has more of our people in his tower. Also, we still have this unknown group out there but who are they? What do they want? Who are they against? What’s with stripping the walkers and then dispersing them about. So many questions and zero answers. Just that they are going to be a threat, but for whom. Victor? Our group?

Again we got great feedback (and a lot of it) from you listeners so keep that up. We like to hear from you and this helps drive our discussion of the episode.

World Beyond was again all over the place. We see that the CRM has some WMD and that they used it against Omaha. But again, for what reason? Jadis revealed that her plan to give Rick over to the CRM was her plan that whole time in TWD. She was creating theatre with the Trash People and that this was all just normal. I beg to differ because that is not what we saw when we were introduced to them on the main show. This show has so little time left and it doesn’t look good.

So enjoy as we discuss the twins focused Season 7 Episode 4 of Fear The Walking Dead.

Ratings were down for Fear and a little bump for World Beyond.

That’s it for Breathe with Me. For our next episode, we’ll be covering Fear the Walking Dead S7E5 titled Till Death and The Walking Dead World Beyond S2E7, titled Blood and Lies. We’d love it if you sent in your feedback. One of the best ways to submit feedback is on our Facebook group at https://facebook.com/groups/WalkingDeadTTM/. You can also send us an email to walkingdead@talkthroughmedia.com or call our new voicemail at 216-232-6146. The deadline for feedback will be 7 PM Eastern / 6 PM Central the Tuesday after the episode airs.