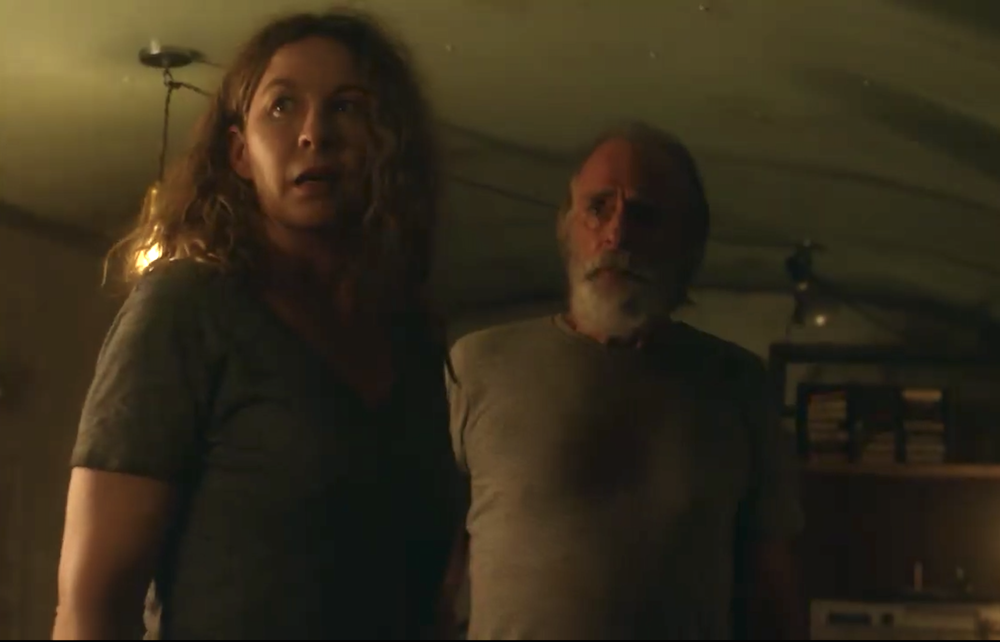 June and John Sr are stuck with some ghost of Teddy’s past.

Everything seemed to be alright with John Sr and June stuck in Teddy’s bunker until some earthquakes hit and knocked down all the booze revealing some untold horrors. While this episode had some interesting dynamics between June and John but with masked intruders trying to get in from the outside, ghosts from John Sr’s past caused some tension if not downright horrible decision making that almost cost them their lives. And I would say that was more on John Sr than on June. But what do I know?

Things are resolved in the end and they are saved before those pesky Texas tremors demolished their safe haven and right into the hands of Strand. Morgan isn’t going to like that and well, we do see that in the end. The stand off awaits us all.

World Beyond is just being a bit all over the place and they only have so many episodes left. How this is going to pay off in the end we have no idea but it’s not looking very good.

So enjoy as we discuss the shaky, game of LIFE of Season 7 Episode 3 of Fear The Walking Dead.

Ratings were down again for Fear and World Beyond!!!

That’s it for Cindy Hawkins. For our next episode, we’ll be covering Fear the Walking Dead S7E4 titled Breathe With Me and The Walking Dead World Beyond S2E6, titled Who Are You?. We’d love it if you sent in your feedback. One of the best ways to submit feedback is on our Facebook group at https://facebook.com/groups/WalkingDeadTTM/. You can also send us an email to walkingdead@talkthroughmedia.com or call our new voicemail at 216-232-6146. The deadline for feedback will be 7 PM Eastern / 6 PM Central the Tuesday after the episode airs.