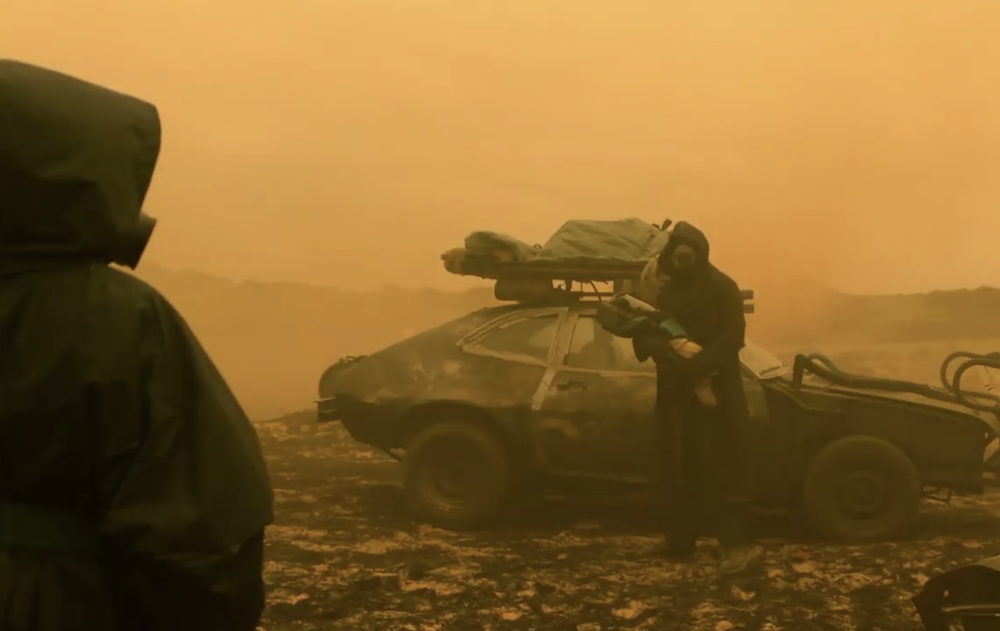 For this episode 85 of Fear the Walking Dead Talk Through, Kyle, Brian, and LT talk through Season 7 Episode 2 of Fear the Walking Dead, titled Six Hours, which was written by co-showrunners Ian Goldberg & Andrew Chambliss and directed by co-executive producer Michael E. Satrazemis. We also discuss The World Beyond Season 2 Episode 4, Family is a Four Letter Word.

Morgan, Grace and Mo venture out into the Wasteland… in a Pinto.

This episode was probably one of Karen David’s best performances on the show. With the reality of their situation to a comeback from the mental anguish that this nuclear wasteland and Mo’s survival. While Kyle didn’t like this episode, for other reasons, it does have to state that Karen David carried this episode like a boss. We did get to meet some new people who had baby issues and some great walker effects but there were some complete stretches of the imagination with some of the scenes with this episode. I mean a diesel-powered Pinto? Come on.

There still wasn’t any Alicia in this episode since it was a Morgan, Grace, and Mo-centered affair but we got a little more on Padre and that it’s a location, but of what.. we will have to wait and see.

We did discuss World Beyond and again, we need this to pay off or otherwise what was the point. Kid show status is still in effect and so we hope, with what episodes they have left that we get some answers.

So enjoy as we discuss the Supernova Pinto of Season 7 Episode 2 of Fear The Walking Dead.

Ratings were down for Fear and so was World Beyond!!!

That’s it for Six Hours. For our next episode, we’ll be covering Fear the Walking Dead S7E3 titled Cindy Hawkins and The Walking Dead World Beyond S2E5, titled Quatervois. We’d love it if you sent in your feedback. One of the best ways to submit feedback is on our Facebook group at https://facebook.com/groups/WalkingDeadTTM/. You can also send us an email to walkingdead@talkthroughmedia.com or call our new voicemail at 216-232-6146. The deadline for feedback will be 7 PM Eastern / 6 PM Central the Tuesday after the episode airs.