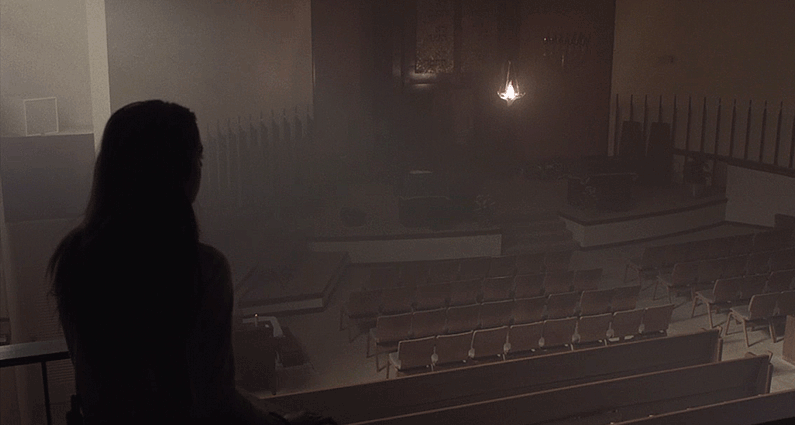 On this episode of Fear the Walking Dead Talk Through, Kyle, Mark, and I talk through Ner Tamid. Fear the Walking Dead Season 5 Episode 12 was written by the co-showrunners, Andrew Chambliss & Ian Goldberg, and directed by the show’s lead director, co-executive producer Michael E. Satrazemis.

Like last week’s episode, we found ourselves relating Aaron’s feedback on the previous episode relating to the episode we had just seen. I’ll make the same recommendation this time out to listen to it to pick up some insights on Ner Tamid. Discussion about this episode, in particular, begins at 21 minutes 1 seconds into the episode.

A better episode than last week…

I think the consensus was that we liked this one more than last week’s episode. It wasn’t without its flaws but it was still better. Perhaps it was John and June? I don’t know, but whenever those two are in it, the episode seems better.

It still wasn’t perfect. In particular, I thought the scene with Rabbi Jacob telling Charlie the truth about losing his faith and why he left was good, but it was ill-timed, and it kind of hurt the rest of the story in general. That said, we all thought that Rabbi Jacob was a much more sympathetic character than Father Gabriel was on the main show! I remembered the famous supplemental episode where Ruthie and I ranted for 35 minutes on Gabriel’s actions in Spend!

Please leave your feedback! We got a TON of feedback again this week, so keep it comin’! Next time, we’ll cover any additional feedback we get for S5E12 Ner Tamid, and then talk through Fear the Walking Dead, Season 5 Episode 13, titled Leave What You Don’t. Get your feedback in by 6 PM Eastern/5 PM Central on Tuesday, September 10, 2019. One of the best ways to submit feedback is on our Facebook group. You can also send us an email at our new address walkingdeadtalkthrough@gmail.com or call our temporary voicemail at 216-236-5449.

Ratings are WAY down…

We didn’t have the ratings yet when we recorded Tuesday night. Normally, Sunday night cable ratings come in on Tuesday morning, but when it’s a holiday weekend, ratings come in a day later, and they are usually down quite a bit. This weekend, people (at least in Florida, where I live) were glued to their TVs to watch the progress of Hurricane Dorian, so that probably didn’t help ratings much. S5E12 Ner Tamid Here got a 0.29 in the 18-49 demographic, with 1.141 million viewers, which is way down from last week’s 0.43 and 1.435 million viewers.

Please remember to subscribe to us on Apple Podcasts or whatever is your podcast client of choice. Subscribing to us helps us move up in the rankings, so it’ll help us out tremendously! You’ll also get new episodes when they’re released. And while you’re in there, leave us a rating or review! It only takes a few minutes and it also helps us out! And join our Facebook group!