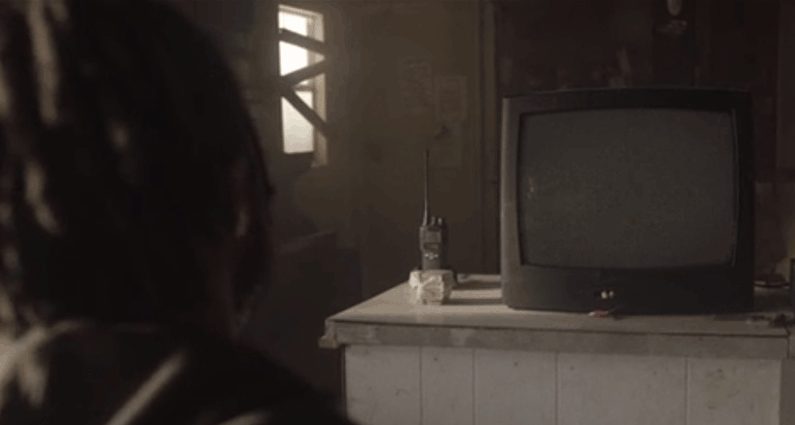 Channel 4, Fear the Walking Dead Season 5 Episode 9, was an episode that was probably in the making since What’s Your Story. In that episode, we first see Al’s desire to interview people to get their stories. It was a long time coming to shoot an episode in this style, which is a first for The Walking Dead franchise.

A lot of people didn’t like this one, but some did

I happen to be one of those people. Hopefully, I was able to convince Kyle and Mark that it was better than they originally thought.

How this was told

You have to remember that this was told not from the viewer’s perspective, but to whoever would watch the videotape. In this case, Wes. It may seem cheesy, but it was told to that viewer, not us. We were simply watching over Wes’ shoulder. It even had VCR glitches at the start and end of the episode.

This is the first episode that we are publishing in our new home at Talk Through Media. Hopefully, if you are reading this, either you found us from your podcast client of choice automatically, or you came to walkingdeadtalkthrough.com and were redirected here.

We got a TON of feedback this week. Keep it comin’! Please leave your feedback for Fear the Walking Dead, Season 5 Episode 10, titled 210 Words Per Minute, by 6 PM Eastern/5 PM Central on Tuesday, August 20, 2019. One of the best ways to submit feedback is on our Facebook group.