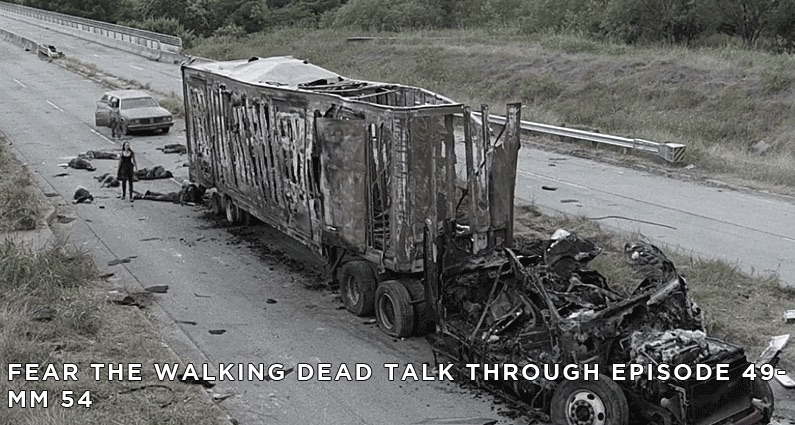 On this episode of Fear the Walking Dead Talk Through, Kyle’s out this week, so Mark and I discuss Fear the Walking Dead Season 4 Episode 14, which is titled MM 54. It was written by supervising producer Anna Fishko & co-executive producer Shintaro Shimosawa and directed by Lou Diamond Phillips. We get to see some backstory on the “Filthy Woman”, who we now know is named Martha, but a lot of the backstory seemed forced and we found certain holes in how she became the psychotic zombie-apocalypse serial killer she is now. Both too much AND too little time had passed in the cold open, and how I ultimately liked the last scene with her connecting to Morgan.

Please leave your feedback for Fear the Walking Dead, Season 4 Episode 14, titled “I Lose People…“, by 6 PM Eastern/5 PM Central on Wednesday, September 26, 2018. We’re going to be recording a day later than normal next week, so you’ll have an extra day to get in your feedback! The best way to submit feedback is on our Facebook group.