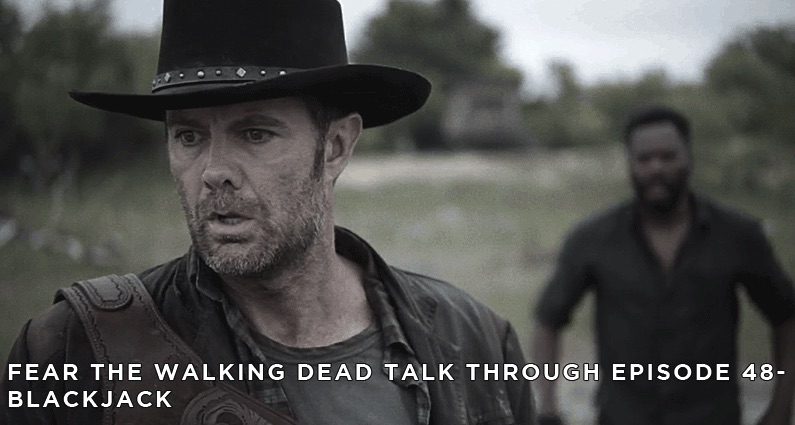 On this episode of Fear the Walking Dead Talk Through, we discuss Fear the Walking Dead Season 4 Episode 13, which is titled Blackjack. It was written by executive producer and co-showrunner Ian Goldberg & writer Richard Naing directed by Sharat Naju. This was a polarizing episode. I thought it was the best episode this half-season, as did Mark, but Kyle did not like it very much. The “Filthy Woman”, as she’s called on Talking Dead, became much more of a villain against our people, showing her chaotic evil. We thought the characters worked better this time, but some parts of the story were pretty forced.

Ratings were up from last week!

That’s it for Blackjack!

Please leave your feedback for Fear the Walking Dead, Season 4 Episode 14, titled MM 54, by 6 PM Eastern/5 PM Central on Tuesday, September 18, 2018. The best way to submit feedback is on our Facebook group.