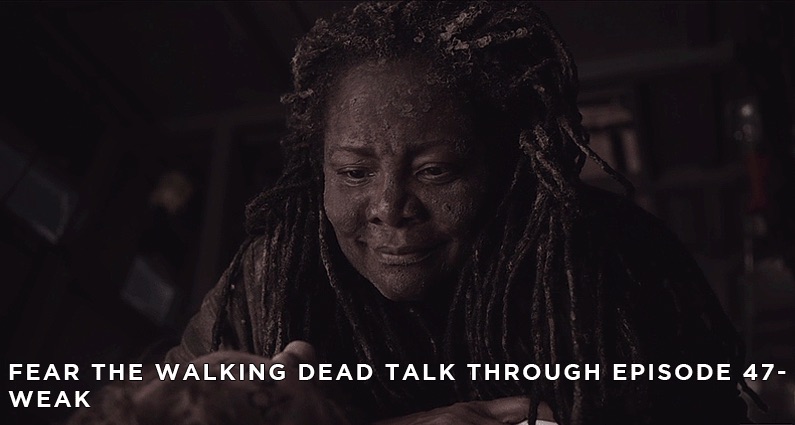 On this episode of Fear the Walking Dead Talk Through, we discuss Fear the Walking Dead Season 4 Episode 12, which is titled Weak. It was written by co-executive producer Kalinda Vazquez and directed by Colman Domingo, who plays Strand on this show, in his TV directorial debut. This was a well-acted and directed episode, with a few negatives. I liked it more than last week’s episode, but there were some things I had to fault it for. We’re not sure what makes the “Filthy Woman”, as she’s called in the credits, tick. She just seems to be a chaos agent. We’re also seeing some characters are poorly developed. Althea is a self-defined “chick with layers”, but we’re not seeing those layers yet. She’s pretty two dimensional. But if she’s two dimensional, Jim is pretty one-dimensional. He’s all beer, all the time!

Ratings are down a little…

That’s it for Weak!

Please leave your feedback for Fear the Walking Dead, Season 4 Episode 13, titled Blackjack, by 6 PM Eastern/5 PM Central on Tuesday, September 11, 2018. The best way to submit feedback is on our Facebook group.