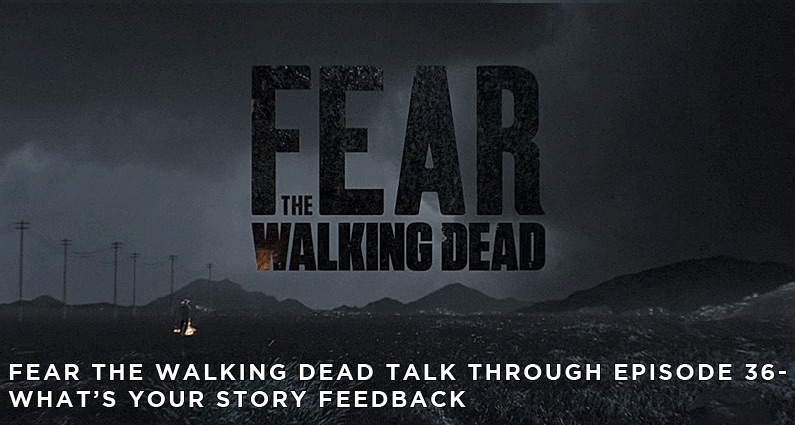 The feedback on this episode is overwhelmingly positive. People enjoyed Morgan and the new characters John Dorie and Althea, as did we on the previous episode.

We are recording on Monday night next week, so please leave your feedback by 7 PM Eastern/6 PM Central on Monday, April 23, 2018. We will be discussing Fear the Walking Dead episode, S4E2, titled Another Day in the Diamond.

Other Fun Stuff Completely Unrelated to What’s Your Story Feedback!

We have the best listeners in all of podcasting! Please remember to subscribe to us on Apple Podcasts. Subscribing to us helps us move up in the rankings, so it’ll help us out tremendously! You’ll also get new episodes when they’re released. And while you’re in there, leave us a rating or review! It only takes a few minutes and it also helps us out!