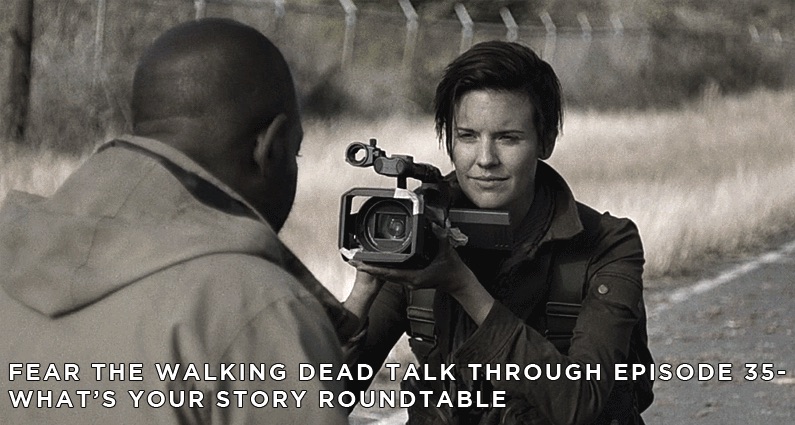 Talking Through What’s Your Story?

On this very special roundtable episode number 35 of Fear the Walking Dead Talk Through, we talk through Season 4, Episode 1 of The Walking Dead, which is titled What’s Your Story? Mark, my TWDTT co-host and I are joined by Kristin, who also was able to participate in the Season 8 finale roundtable (TWDTT #80 on the feed) earlier this week, and Malika, who was a guest host on TWDTT #67. Unfortunately, my co-host for Fear the Walking Dead Talk Through, Kyle, tried but was tied up and could not participate. He returned for the feedback episodes, though, that you’ll hear in the next couple of days. What’s Your Story? was written by Scott M. Gimple & Andrew Chambliss & Ian B. Goldberg, and directed by John Polson.

This was the big crossover episode that we’ve been expecting for months since this was first announced. This story tells the story of Morgan’s journey to Texas after All Out War, and meeting gunslinger John Dorie and later journalist turned badass Althea. We also see a few of our beloved characters from The Walking Dead take part in the story: Rick, Carol, and Jesus. We all really enjoyed this first episode in the new era of Fear, and can’t wait for the next episode.

A few more episodes are still coming your way!

Other Fun Stuff Completely Unrelated to What’s Your Story?