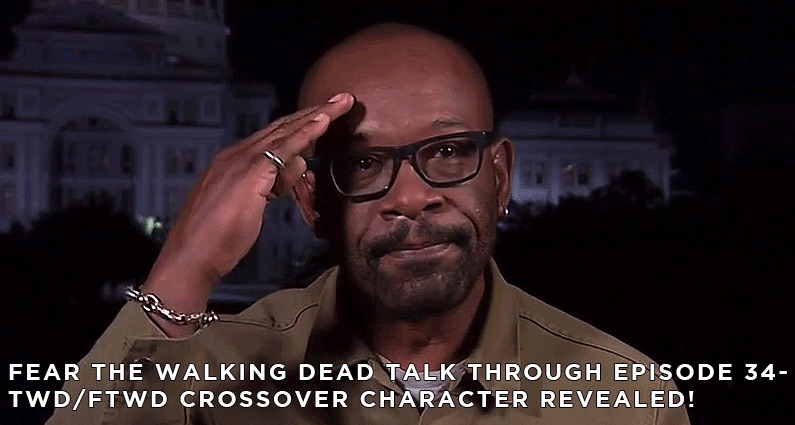 Wow… it’s here! They dropped a bomb on us and revealed who is the crossover character from The Walking Dead into Fear The Walking Dead. I didn’t guess it would be Morgan as my bet was on Abraham. So in my mind, this changes everything. I dropped in on Brian and his guests, Reese Nicole Brown and Steve Brown as they were discussing the last episode and wanted to get their take on the crossover news. Join us as we discuss our thoughts and predictions on what this means for Fear The Walking Dead.

So many people were certain that it was going to be Abraham that would be the crossover character, but that would mean that Fear would remain in the past. Instead, they made another choice.

There are a lot of people that are confused, even enraged, by the idea that Morgan is the crossover character. Some think that he must have gone west before finding Eastman, or after Eastman, but Brian had a much different take on it. Brian thinks that Morgan must arrive in Texas in the future. To him, that’s the only thing that makes any sense.

Don’t forget to send in your feedback!

Remember to leave us your feedback, and remember that we will be covering Time for After next week, so send in your feedback for that, too!