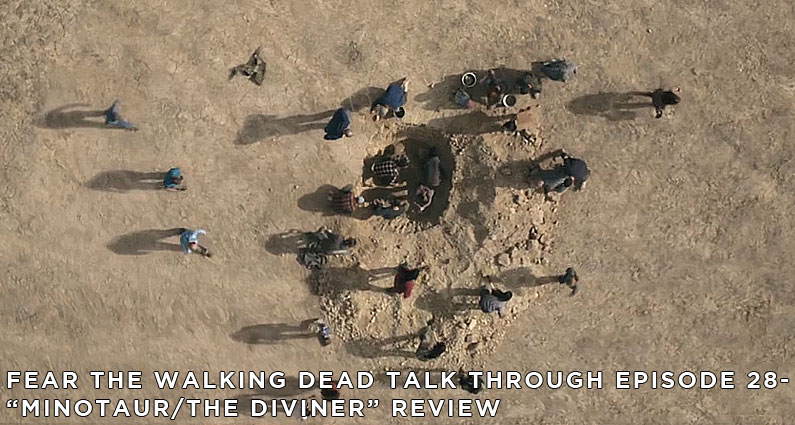 Hello Survivors! We are back! Wow, How much can change with such a long break. We have two episodes of Fear the Walking Dead to discuss for this Season 3B premiere. Madison and Walker team up to find “AGUA, AGUA”. Troy seriously has like a million “get out of jail free” cards. Alicia tries to keep Jake as the leader. Nick gets wrangled as the new militia leader of the post-Otto clan. And like Troy and his bulletproof plot armor Strand is back! Join us as we discuss Minotaur/The Diviner on this week’s podcast.

Other Fun Stuff Completely Unrelated to Minotaur & The Diviner!

Brian wants to tell you that he’s going to be hosting the new Star Trek: Discovery podcast, beginning next week! Stay tuned for more info! We’ll let you know when it’s available!