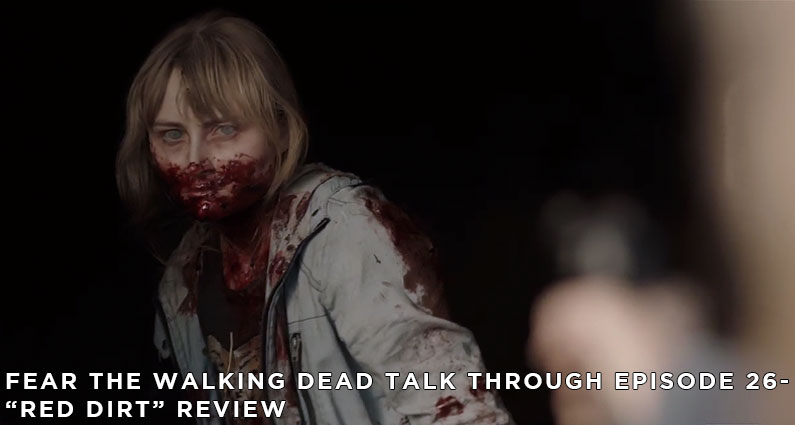 Light your fires and run for the hills. Trouble is brewing for the Broke Jaw Ranch. Madison is stepping up in this episode as the Ranch hands completely lose their minds. Why run for the hills when you have so many resources around you. And this makes me harken back to our parent show’s “Who’s Deanna”. Because who is in charge here! Jeremiah starts drinking and putting holes in the floor. Troy has abandonment issues that leads to outright murder. Alicia is spending her time on a Jake date at the shooting range. And Nick is Jeremiah Otto’s AA Sponsor. But in the end, our Madison steps up to fill the leadership vacuum the Otto’s left behind. With the two-episode midseason finale next, this is sure to end with some unexpected results for everyone involved. And, it looks like we finally get to see the answer to ‘Where’s Ofelia”! Thank the Lord.

We love the feedback we are getting from our listeners and we want so more. So keep it coming! Send in your feedback to the two-episode midseason finale, S3E7 The Unveiling and S3E8 Children of Wrath.

Brian’s been asking for some help. Brian’s laptop had been having some hard drive issues while he and Ruthie recorded The Walking Dead 7B, so he started a GoFundMe campaign to help him out to buy a new solid-state drive (SSD), asking listeners if they could help him out a bit and donate to help pay for it. Well, over the hiatus, he found a deal on an SSD and put it on his credit card. So, he now has the drive, but he could still use help since he’s still paying for it. We appreciate all of your support! We have the best listeners in all of podcasting!