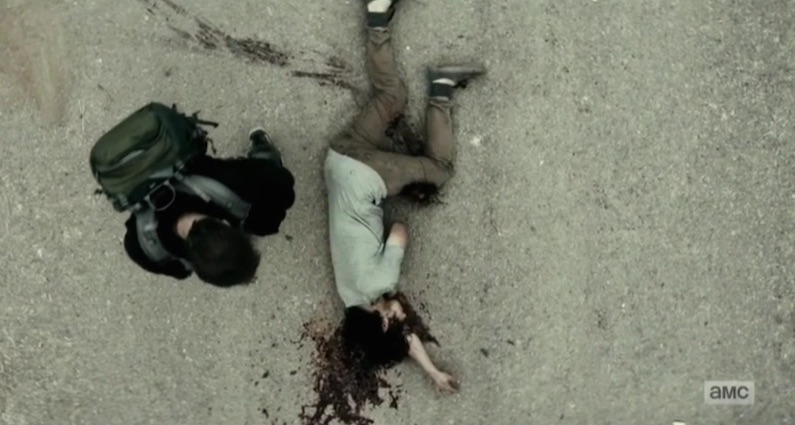 Talking Through Wrath and North

Well, the final two episodes of the second season of Fear the Walking Dead, Wrath and North, are here, and so is this episode! It has been a crazy week, but we aren’t even done! Stay tuned (so to speak) for our feedback episode which will be released later. But first, we talk about the craziness that is the penultimate episode and the still kinda craziness, but not quite as crazy that is the ultimate episode. We liked both episodes, but I think the consensus is that we liked the penultimate episode slightly better. However, there were good parts of both, and that is what we discussed! We also talked about a few things that disappointed us, as we do.

I Have More to Say

Of course, the most awesome thing about both of these two episodes for us was the awesomeness that was Travis at the end of Wrath. Not only was that scene truly gratifying in a way that makes us a little ashamed of ourselves, but the way it was shot was also awesome. This was something that the show got right, the way that the rest of the sound faded out and the ringing sound that permeated everything let us know exactly what Travis was thinking and feeling. And of course, the amazing Cliff Curtis knocked it out of the park as well. Kudos to you, sir.

On the other hand…

The scenes with Ofelia seem sort of like wasted time/space, unfortunately. I think they spent too much time away from her and her journey to make these any more significant, except for when it was expedient for the show to give them to us. Namely, when they wanted to show danger at the border, they gave us Ofelia’s journey. Yes, they did set it up a little bit in the previous episode, but it still seemed less significant. Maybe that’s just me, and if so, maybe you should definitely tell us!

Ratings were up, then down…