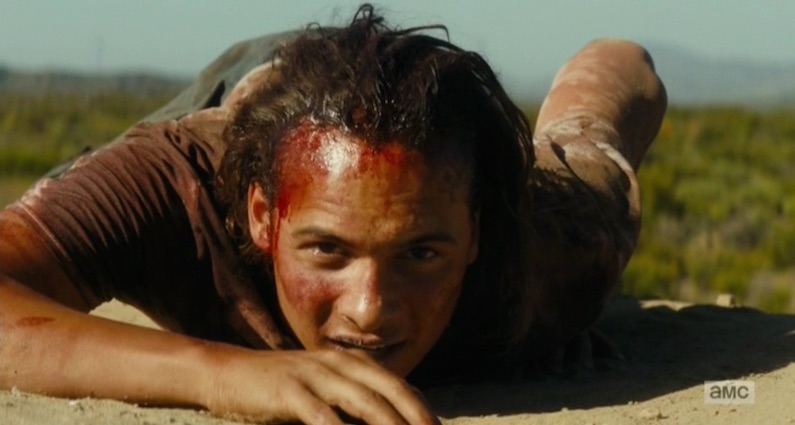 The time has come at last for the second half of the second season of Fear the Walking Dead! Grotesque is the name of the episode that brought us back, and the title was not wrong. There were more than a few stomach-churning things that happened in this episode, however, the episode also left a sort of grotesque taste in our mouths. I don’t know if we should have been expecting more or not, but this episode did not seem to fit its placement in the season. It would have been more fitting as a middle of the pack bottle episode rather than the one that we first saw after the destruction of the previous episode so many months ago. But, this is what we got, so this is what we talk about!

Send in your feedback

We didn’t hear from a lot of people, so we can only guess what the rest of you thought about the episode. My guess is that you all probably had a similar reaction. What we also don’t know is the reason why we didn’t hear from you! Is it because it’s no longer a priority to watch Fear so you aren’t caught up enough to let us know what you think? Or is it because you stopped watching the show altogether? Or worse yet, is it because you are no longer listening to us…? We understand if it is the first two, but we sincerely hope it’s not the last! If you are still watching, what do you think will happen to Nick and the new community he found? How long do you think this new community will last? What do you think will happen with our other two groups? Will they ever all come back together again? If you are still watching/listening, then let us know what you think by leaving us your feedback. As always, we really love audio feedback! For Fear the Walking Dead, Season 2 Episode 9, titled Los Muertos, please submit your feedback by 6 PM Eastern/5 PM Central Tuesday, August 30, 2016.