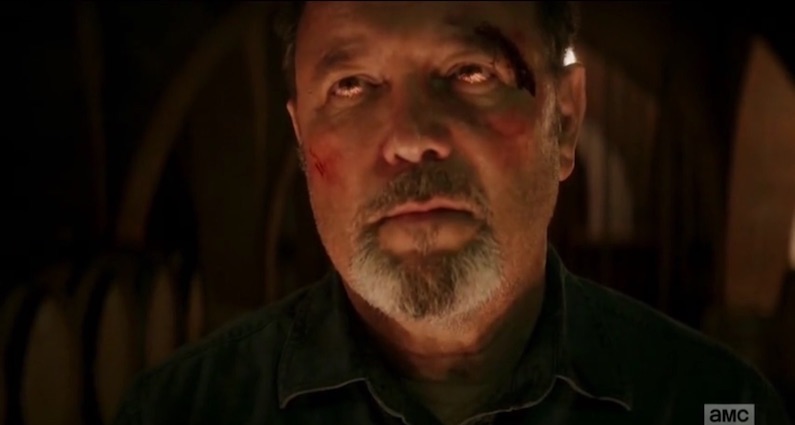 The long wait is finally over! Shiva is the last episode of Fear the Walking Dead for a few months, and this will be our last episode for a little while as we take a small break from what has been a TWD juggernaut.

We hope you won’t be too disappointed with our episode. Shiva disappointed us. We tried to stay positive, but sometimes our disappointment in Shiva took over a little bit. This is also unusual for us because it’s not very often when both of us feel the same way about an episode. Most of the time, one of us is able to talk the other off the proverbial ledge as to why an episode has been written and directed the way that it is. However, this time we both had to keep ourselves from being too negative. We are confused about the decisions that the network has been making, and we don’t understand why so many of the characters did what they did. It also seemed especially disappointing considering how much we both loved the previous episode. However, many of you out there really enjoyed this episode, which made us very happy. This time, it was you guys who were able to talk us off the ledge.

I usually have more to say about the episode in my blog post. I’ve always been taught that when you don’t have anything nice to say… In the interest of getting this episode out for your listening pleasure, I’m gonna keep it short. We so enjoy hearing from you all out there who are sticking with FTWD and sticking with our podcast. If this is the first time you’ve ever listened, please know that we really do like the show, and we hope we didn’t deter you from either watching Fear or listening to us!

As always, we really love getting your feedback! Even though we aren’t going to record for a while (we’re on a break!!), still send us your thoughts about FTWD and also for the last season of TWD. We have plans to do a couple of recap episodes, and we would love some overall thoughts for either show. For the next episode, Fear the Walking Dead Season 2 Episode 8, titled Grotesque, please send in your feedback by 6 PM Eastern/5 PM Central Tuesday, August 23, 2016.

Also, just as a little reminder/plug, I will be doing a TripleCast set with Cory from Australia towards the end of June, beginning of July. I don’t know if I can tell you what we are doing yet, but it will be zombie-related!

Please remember to subscribe to us on Apple Podcasts. Subscribing to us helps us move up in the rankings, so it’ll help us out tremendously! Get new episodes when released. While you’re in there, leave us a rating or review! It only takes a few minutes and it also helps us out! And check out our Facebook group!