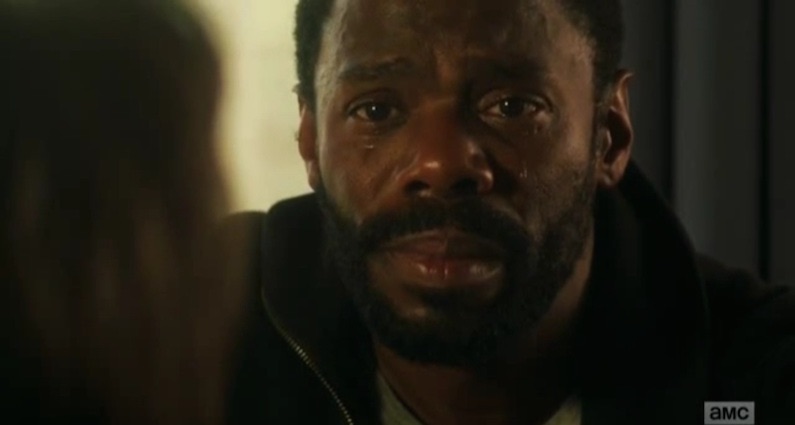 Sicut Cervus is the penultimate episode of Season 2a of Fear the Walking Dead. Have I said that I love the word penultimate? We have one more episode before The Walking Dead Universe on television takes a break. That means you also won’t hear from us for a while. We’re taking a break! This may be sad news if you like listening to us prattle on. If you don’t… I’m so confused as to why you are here… We had fun talking about this episode once again. Things took a rather dark turn in this episode. We might be done with the Love Boat edition of TWD.

It seems like they might be headed in a new direction as our gang arrives in Baja and are greeted by something they did not expect. Strand discovers the tragic fate of Thomas, and I think it’s finally clear that it wasn’t a ruse or a con, Victor really did love him. We are also introduced to Celia, a formidable character with some rather strange beliefs about what is going on in the world, and what those things that look like people really are. Will she influence Nick to her way of thinking? Or will Nick realize that she really is crazy?

It seems to me that they got through the flotilla a little bit too easily, and it makes me wonder if that is something significant, or just a plot hole. I doubt the answer will ever be known to that one. I also think that the stress of this new world is beginning to take its toll, and perhaps most of our gang have let their guards down a little too easily when they arrive at the house in Baja. One of my favorite parts of the episode is when Thomas asks Victor if we like her when Madison is at the door. Strand is correct when he says she is fierce, but will she use that power for good, or evil? I think she needs to let her kids adapt to this new world and stop trying to hold them back by being overprotective. Also, was Alicia overreacting, or was Chris really threatening her? What was he doing in their room while they were sleeping with that knife?

If you know the answers to any of these questions, please leave us your feedback and tell us! We are dying to know! For the mid-season finale, Fear the Walking Dead Season 2 Episode 7, titled Shiva, please leave your feedback by 6 PM Eastern/5 PM Central Tuesday, May 24, 2016.

Ratings were a mixed bag