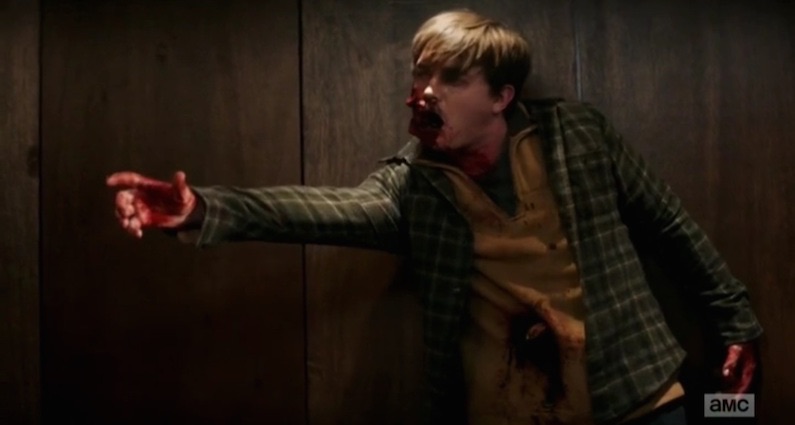 Captive is the next episode in season 2 of Fear the Walking Dead and boy did we have a lot to say about this episode! We were kind of all over the place, but hopefully what we had to say made sense to most of you. What we didn’t understand was why Connor’s group expected Alicia to simply ditch her family and stick with them. What did they have to offer that was so great that would outweigh being with family? While it’s true that not everyone is blessed with a great family or great family bonds, they had no idea if that was the case for Alicia. As Jack found out, Alicia would rather be with her family than them.

And now for a few more things about Captive that I didn’t get to say or forgot to say, or wanted to say again. Not that it matters now, but at the time I was wondering how long Connor would be able to provide all of his people with a hot meal. I guess after this episode, the answer is not very long. Alicia mentions the laws of nature again in this episode. When we first see Travis, it appears that he is coming to. Apparently, he was knocked out at some point. Neither of us understood why Alex blamed Travis specifically. She didn’t have any more interactions with him than Strand, but for some reason, she held him responsible for her plight. We were also unsure of the timeline of events because nothing seems to be matching up correctly. Hopefully, we will get more answers in the next two episodes!

Please remember to subscribe to us on Apple Podcasts. Subscribing to us helps us move up in the rankings, so it’ll help us out tremendously! Get new episodes when released! And while you’re in there, leave us a rating or review! It only takes a few minutes and it also helps us out! And check out our Facebook group!