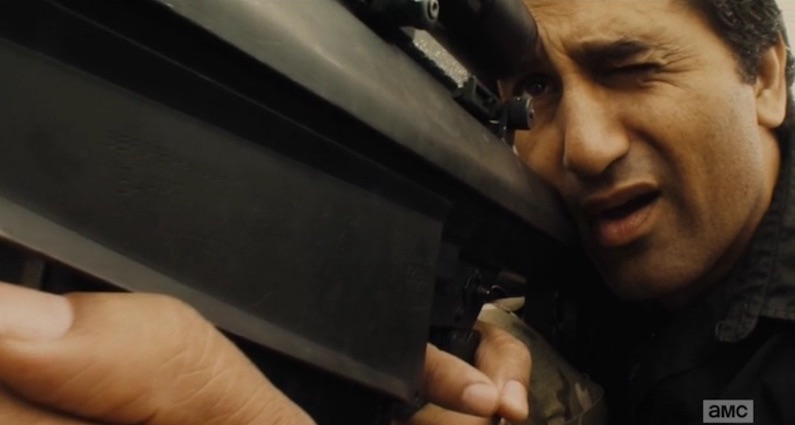 What will happen next week? We follow the clues left for us in Cobalt as we discuss what happened to move the story along. We think they might not be in the “safe zone” for very much longer, but how will they get out, and will they meet up with the rest of their party? Will we ever see Tobias again?

We want to know the answers to these and any other questions you can think of asking, as well as whatever else you want to say. We can’t believe how much feedback we got this week and even some audio! Thanks to Judii with two I’s for the audio, you are awesome! Now the rest of you need to send us audio feedback! Or…you can continue as you have been. However you do it, we love getting your feedback! For the season finale, Fear the Walking Dead Season 1 Episode 6, titled The Good Man, please get in your feedback by Tuesday at 6 PM Eastern/5 PM Central.